This music video makes me question the reality itself (I made a transcript of 2:27-3:25 in comments) 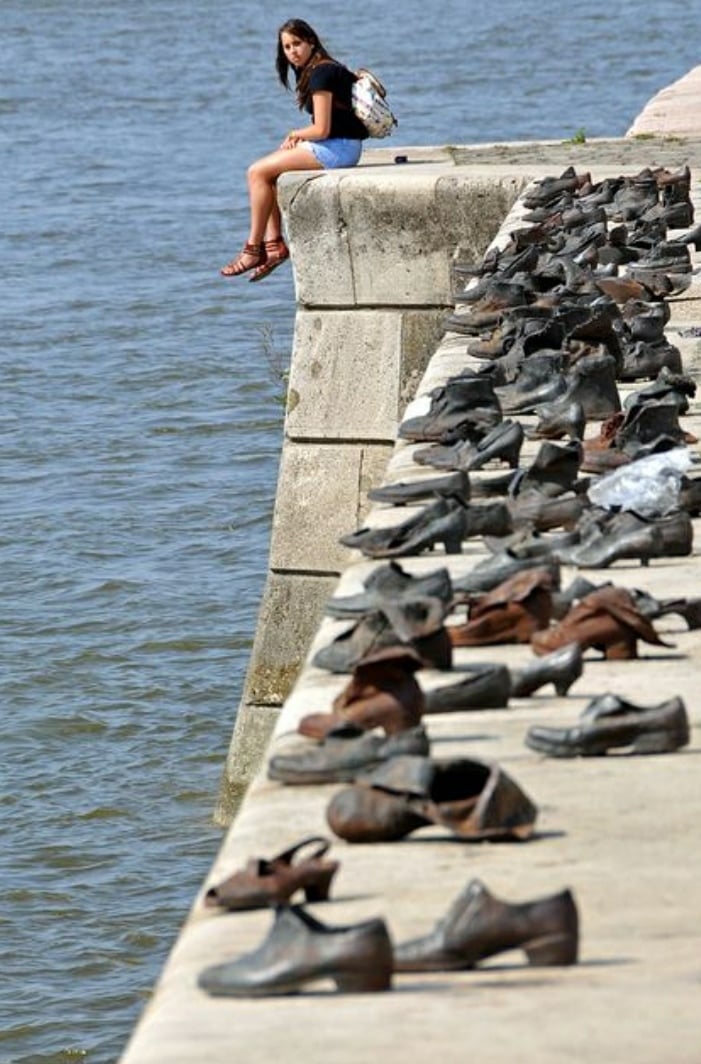 Jews were made to take off your shoes before being shot and their bodies dumped into the river Danube. A holocaust memorial in Budapest.